Ruwa Local Board has run out of raw water as its supply dams’ levels have receded drastically. This was revealed to the Service Level Benchmarking (SLB) Peer Review team which visited Ruwa from 19 and 20 February 2020. For many years Ruwa got its water exclusively from the City of Harare until  the local authority established a pipeline to pump and treat raw water from water bodies east of the town to supplement supplies from Harare which are not adequate.

The  SLB peer reviews are carried out annually in all urban local authorities. The local authorities are grouped into two clusters; one for cities and municipalities and the other for town councils and local boards. Each peer review team consists of a town clerk or town secretary as the chairperson of the team supported by a town engineer, directors of health, finance, housing. There is also a national team made up of relevant government ministries and departments’ representatives such as the Ministry of Local Government and Public Works, Ministry of Lands, Agriculture, Water, Climate and Rural Resettlement and the Ministry of Finance.

According to the Ruwa water superintendent Mr Tambala the dam level will not rise significantly even if there is going to be good rains this season because the area did not receive enough rains the previous season. The local authority, situated 30km east of the capital along the Harare-Mutare highway, is sinking boreholes to augment supplies from the City of Harare. This has led to a proliferation of wells in the suburbs as residents try to cope with the situation.

Members of the review team, which was being led by the Secretary for Chipinge Town Council, Dr Susan Dube agreed that there was need for Ruwa to be included in institutions that will be supplied with raw water from by the proposed Muda Dam which is yet to be constructed for Chitungwiza Municipality. Chitungwiza also also receives treated water from Harare.

The SLB peer reviews, which commenced on 17 February are expected to end in May 2020.

The SLB programme was initiated by the government of Zimbabwe in 2012 after the 2008/2009 Cholera outreak which claimed the lives of more than 4 000 people across the country. The Cholera outbreak was attributed to the collapse of WASH (water, sanitation and hygiene) infrastructure which resulted in inadequate water supply, burst sewer pipes which polluted ground water. Residents were now relying on wells for domestic use.

The government introduced the SLB project in 2012 to ascertain the level at which local authorities were providing services in the three areas mentioned above through a data gathering exercise.  At the same time emergency rehabilitation works on the dilapidated WASH infrastructure was being carried out with support from development partners led by UNICEF. Later on the peer review mechanism was introduced with the aim to measure, compare and improve services through peer to peer performance reviews. Local authorities review each other based on set performance benchmarks.

While the project started initially with  the three WASH related services two more were added in 2018 and these are Corporate Governance and Roads and Public Safety. 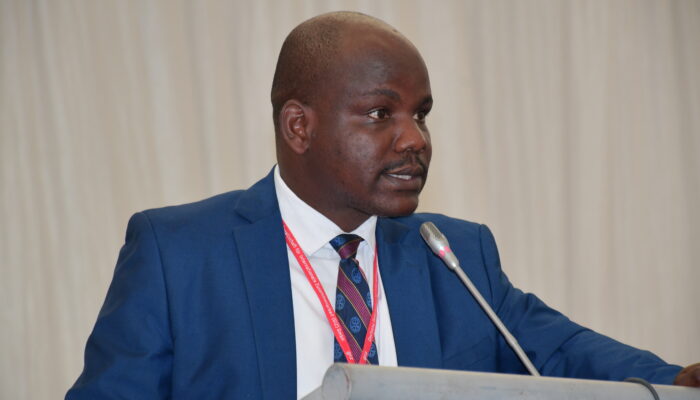